The dance theatre of India has brought one of its soloist Nirmala, ro the festival. Enormously expressive eyes tell the audience volumes. Each intricate movementof her face or hands is made to look easy and natural.
The evening Times - Edimbourgh

Nirmala brings her own inventiveness to the performance, whilst remainning minutely faithful to tradition. The movements are both precise and expressively relaxed.
The list Glasgow 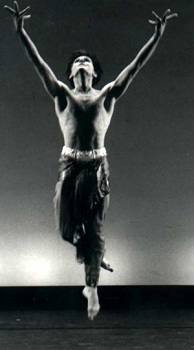 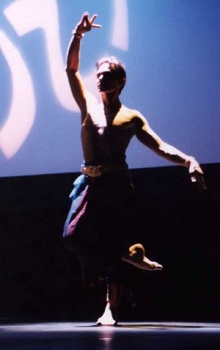 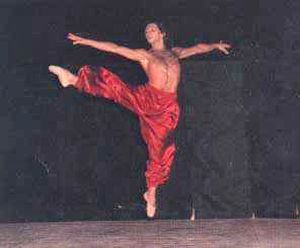 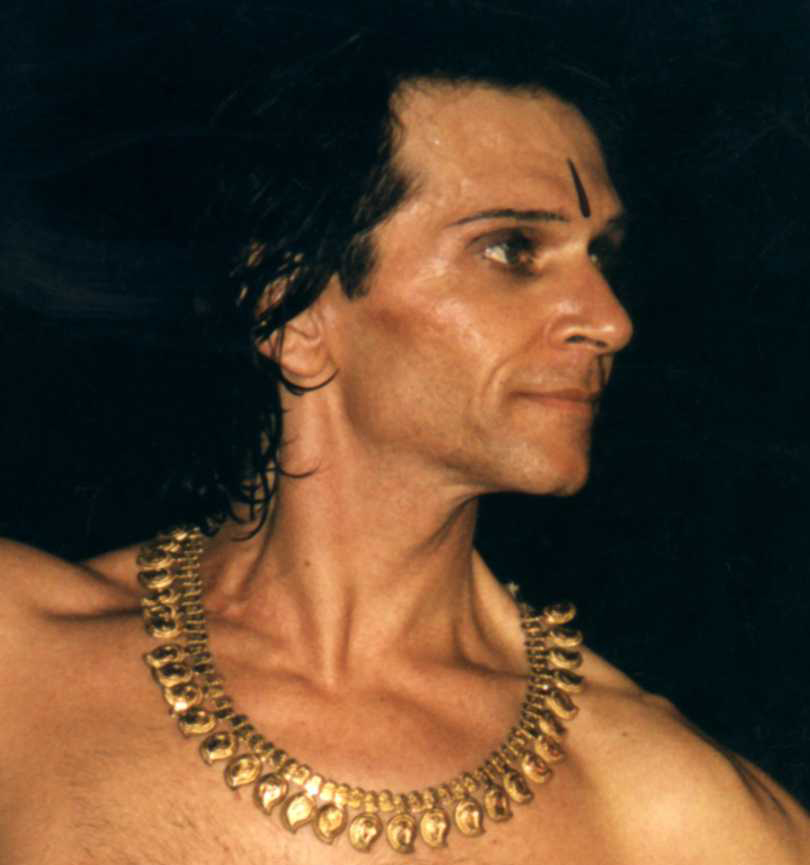 IN THE INDIAN TRADITION 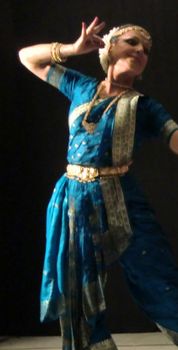 NIRMALA holds a post-graduate degree in German, English and Indian Studies (Philosophy, Sanskrit). She is a disciple of M.K. Saroja and of the late V.S. Muthuswamy Pillai who taught her Abhinaya (Dance Drama) and the art of rhythmic sequences, in Madras (Chennai). Nirmala, a pioneer of Bharatanatyam in the South of France, has gained a reputation for her rhythmic virtuosity and her precise abhinaya. Her graceful poses are enhanced by the evocative power of the mudras (hand language).

Nirmala founded the Company BALLET INDEUROP' with partner Patrick Gleyse. She works as a performer, a choreographer and she manages dancers and musicians in the various productions of the dance company.

Nirmala goes to India annually to nurture the links between both cultures by promoting the sharing of art and creativity. She hires young talented dancers willing to join the dance company. She collaborated as an artist in residence with French Alliance of Chennai in order to produce the Ballet "AKSHARA" and also partnered with Pondicherry and Pune French Alliances.

Nirmala engages in pedagogical projects particularly in schools in Paris, where she teaches Indian dance to 8 to 11 year old pupils. Recently, she has choreographed two dance programs for young audiences, "The Garland of Seven Notes" and "Krishna, The Child Musician" with carnatic vocalist, Audrey Premkumar.

Within the frame of cultural exchange between India and France, Nirmala has, for 5 years, been organizing "The May of India", after school program at "Le Centre Fissiaux", a social and cultural center in Marseille. There, she introduces children to the rhythmic patterns and hand gestures of Indian dance. She also regularly welcomes to Marseille members of a cultural group from the Maharashtra State: the “Indo-French Cultural Association”, from Nasik, directed by Pr Deepak Magare, in order to promote mutual understanding between cultures through the practice of dance. 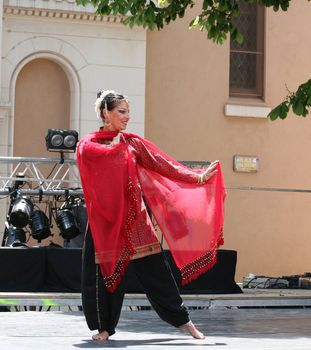 Nirmala has added a new piece to her choreography,

which shows her willingness to remain connected with her time and with contemporary India.

Nirmala choreographed with North and South Indian musicians two dance shows, "Divinités des eaux et des bois" and "Mirabhakti" for the "Musiques sacrées du monde" and "Territoire et Patrimoine" Festivals. Watching these performances, one can perceive the objective behind the choreographic work: to step out of the well-trodden path while perpetuating and enhancing the style of Muthuswamy Pillai.

Nirmala, along with partner Patrick Gleyse, gives a new direction to Indian Dance

while remaining faithful to its traditional roots,

through developing the new concept of "Indeurop’ Ballet". 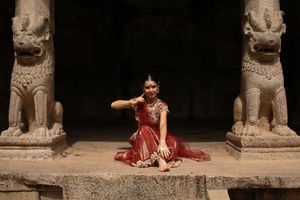 PATRICK GLEYSE studied ballet with Titus and Elena Pomsar (Vaganova method) in Marseille, then with Daniel Franck, dance teacher at the "Théâtre National de l'Opéra de Paris"(Paris Opera method). He started as a professional dancer with Joseph Russillo, then pursued his dance career with the "Théâtre du Silence" Company (Merce Cunningham style) directed by Brigitte Lefèvre. With this dance company, he went on a tour throughout East Asia and India, Africa and the Caribbean Islands. Afterwards, he was selected by Maurice Béjart to participate in the "Ballets du XXème Siècle" ("Ballets of the Twentieth Century") that took him to Brussels, Japan, New-York...where he danced in the main productions.

Patrick travels regularly to South India with Nirmala, to collaborate with local artists and in order to discover new talented musicians and dancers who, after some training into the Indeurop' style, take part in the productions.

His last productions: AKSHARA, INDANSE, SON OF SHIVA were created on a soundtrack mixing Western and Indian music. Through his work, Patrick seeks to bridge the gap between France and India, on an artistic level, by encouraging Indian and French performers to meet together, to share their knowledge and to create choreography with a universal message. These productions, which are presented mainly at the "Théâtre Toursky" in Marseille and on a tour in various cities in Provence, in the Alps Region, and in India, are very well appreciated by audiences.

Moreover, Patrick who holds a French national diploma in classical ballet is running ballet and Bharatanatyam classes and workshops, in France. He has been requested to teach this discipline to students in various public or private schools, in India: Nasik colleges for instance, in collaboration with the “Indo-French Cultural Association”, directed by Pr Deepak Magare, as well as at the French Alliance, in Chennai. This kind of exchange is being renewed every year. He has collaborated with the Chennai French Alliance as an artist in residence in order to produce the Ballet "AKSHARA" and he has also performed at Pondicherry and Pune French Alliances.

“Patrick Gleyse is the only dancer, who after having performed with Maurice Béjart, the Ballets of the 20th century, with Brigitte Lefèvre, the "Theatre of Silence", with Joseph Russillo, "Ballet Theatre" and a variety of Operas, devotes himself entirely to Bharatanatyam, a classical dance form of South India, a dance considered sacred, several thousand years old, whose master is Shiva, the Lord of Cosmic Dance.”

“By taking up Bharatanatyam, Patrick has brought to this dance a renown that makes it recognised and greatly appreciated in the various countries where it is performed. His artistic Western background and his passion for Indian culture, endows his dance with an opening out, a spiritual dimension, not only in the dramatic aspect of the dance, abhinaya, but also in the exclusive dance sequences."

"The style of this dancer is revealed through his traditional choreographical compositions, whereby he creates his Interior Temple where two traditions, Western and Indian can live in perfect harmony… Alchemy of the body and the soul that breaks all barriers…”

Has used his knowledge of both Indian and European cultures

To develop his dance style,

Indeurop in its form, and universal in its content.